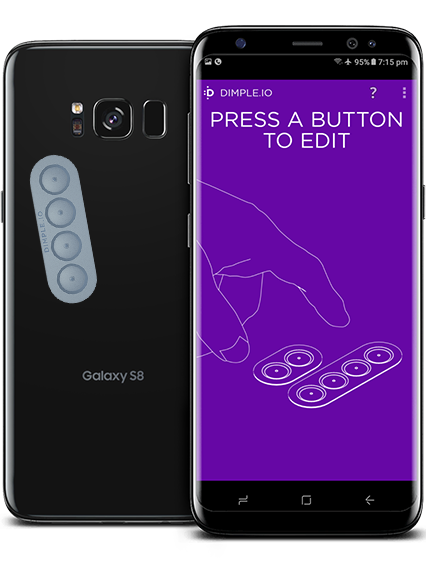 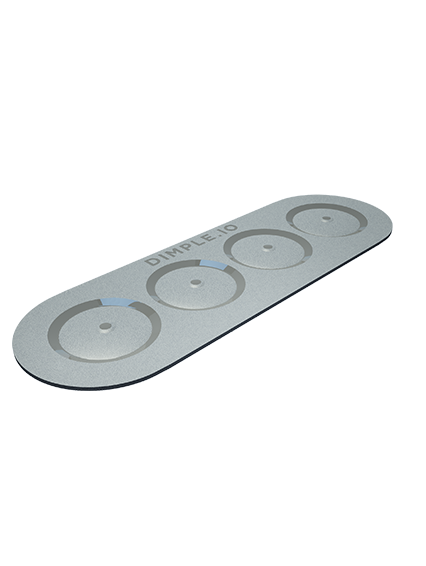 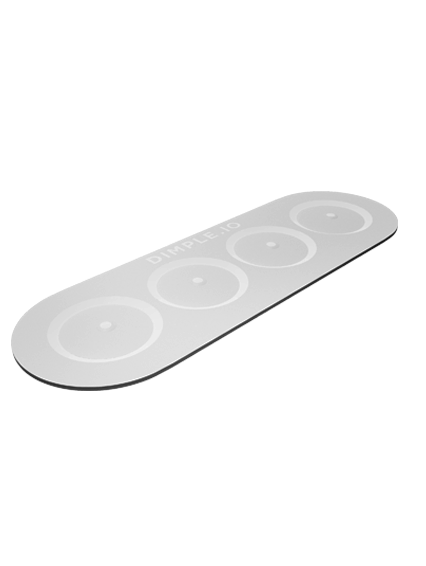 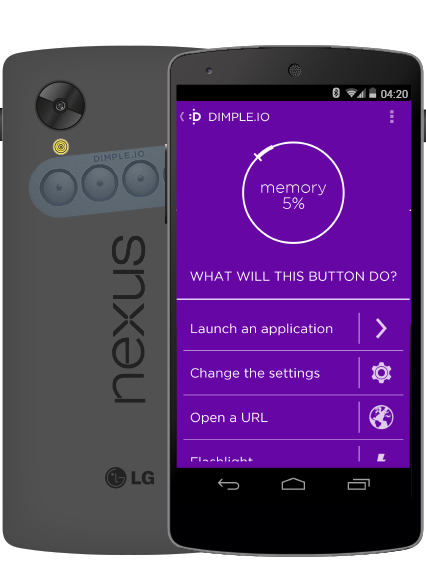 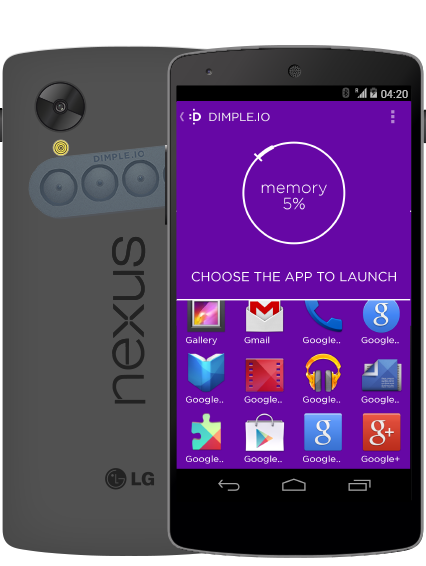 DIMPLE.IO® is a small NFC™ sticker with buttons for Android™ ⁻¹ devices since 2013. You are the one who chooses the button functionality. It makes doing everyday tasks quicker and saves your precious time. Works on a protective case!

FREE REGISTERED SHIPPING WORLDWIDE* *except Russia. No buttons for Russia.

In 2022 we are dispatching orders once a week.
Limited stock available!
Press on the button below to buy!

"This thing is definitely cool!"

"A product that is likely going to make a lot of Android users very happy, because it adds four buttons to your device that you can do whatever you want with."

"Dimple goes above and beyond the call of duty with a set of four easy-to-install buttons."

For all my android using friends, this is a legit accessory that I would say is almost a must have! #dimple.IO https://t.co/zFDAq5Fwff

Best customer service I've had to deal with in a while!
(See years!)

Got my standard and mini #dimpleio today. Love them so far, it's like Christmas in August!

BUTTONS TAILORED BY
YOU

Your time is a scarce resource. Save it. Check out the possibilities below!

Have you ever wanted a button for your favorite social app? Here is your chance to have one! Do more than one thing at a time.

Quickly switch between your favorite apps or functions, there is no longer the need to enter the home screen!

Create a button to switch on Bluetooth, turn on Location services and even launch a navigation app!

Call your friends or family

Place instant calls with the press of a button. You can even create popup drawers of your favorite contacts!

Make a button play or pause your tunes. if you aren't enjoying what's playing, there is a button to quickly switch to the next track!

Are you in need of a button for instant photo taking? Dimple can make that happen!

Let there be light!

There can be a dependable flashlight button for all of those moments when you find yourself in a dark place.

Do some advanced stuff

There is an open plugin development SDK

We have everything to make you developers feel at home. Create unique use cases for those DIMPLE stickers!

Stick the DIMPLE in a place that suits your grip the best. No more discrimination for the lefties!

No charging. No batteries

DIMPLE operates by harvesting energy that your Android NFC enabled device radiates, thus- DIMPLE will never run out of juice. Ever!

DIMPLE is just 0.5mm thin- that is just about the same as five human hairs. Each button has a patented grove and a braille dimple for easier recognition.

See it in person, watch the video!


GLOBAL SHIPPING TIME IS INCREASED DUE TO COVID19 PANDEMIC

ADD BUTTONS TO YOUR PHONE!

Will it work with my device?

There's thousands of devices DIMPLE.IO buttons will work on. This sadly excludes phones made entirely out of metal. Creating a device out of metal usually requires the engineers to make some sacrifices in terms of antenna location. This affects our customers' ability to position DIMPLE ergonomically. If your device has a metal enclosure- it doesn't necessarily mean that it's incompatible, many metal devices like Pixel or all of the latest Galaxy series are still compatible. So, if your device runs Android 4.0 and above, is not made entirely out of metal, and has NFC technology, you are safe to assume that DIMPLE will work with it.

Will it work with my iPhone?

Yes, after iOS14 you can use these in conjunction with automation app on non metal backed iphones.

Can I cut them?

No, you will destroy the internal circuitry.

Designing a metal body forces the engineers to get creative. The result of this creativity is that the NFC antenna is located around the camera ring. You would have to sacrifice the camera to make the DIMPLE work. No cases or covers will solve this.

Yes- if it has NFC and the rear is made out of glass.

Will it work with my Pixel phone?

Can it be reused?

Even though the adhesive used allows for easy removal, each time you remove a DIMPLE from your devices surface the adhesive properties will deteriorate and that may compromise the longevity of the DIMPLE. Think of reusing a standard sticker- it will stick to the surface to some degree, but nowere near as good as when it was new.

Where can I put it?

Will it work with my case?

DIMPLE can be attached directly to your case instead of to the surface of your device. Unless the case is made out of metal, you should be fine.

How about accidental trigger?

We have engineered the buttons impossible to be pressed unintentionaly. The buttons are flush with the surface of the DIMPLE.

How long will it last?

If you applied the DIMPLE carefully, the adhesive should outlast your gadget upgrade cycles. Our tests have concluded that each button can withstand about 2 million clicks, and you can reassign the functionality of around 100,000 times before the button memory wears out. It is more likely that washing it and exposing to disinfectants will slowly kill the adhesive used in the sticker.

I want to use DIMPLE.IO in my app

How about other platforms?

You can't use DIMPLE.IO On an iPhone due to the fact that Apple has chosen to limit the use of NFC in their devices to just Apple Pay and some useless interaction with modal confirmation windows for every "NFC Action". Hopefully it will be opened to a broader audience soon. You can use DIMPLE.IO on Windows Phone and Blackberry by using a third party app.

I want to use Tasker to do some crazy stuff with a DIMPLE.IO button. How exactly am I supposed to make it work?

Yes, the cool thing is that the buttons still work under water, unlike the capacitive screen.

GLOBAL SHIPPING TIME IS INCREASED DUE TO COVID19 PANDEMIC

ADD BUTTONS TO YOUR PHONE!